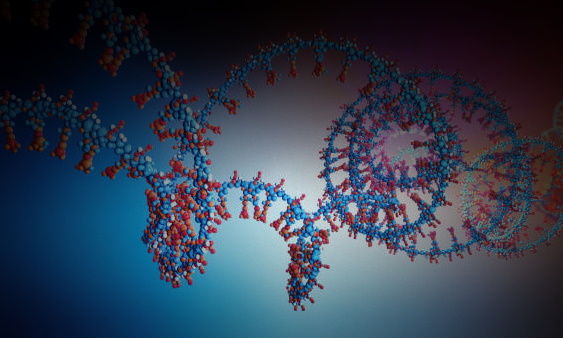 Scientists warn gene-silencing RNA-based pesticides could spell doom for pollinators as they quickly begin to enter the general pesticide market.

Concerns about gene-altering pesticide use have arisen as of late, as more and more of the risks these RNAi pesticides pose to the environment and our own health come to light. Friends of the Earth recently published an op-ed about this very topic, based on the recent report Gene-Silencing Pesticides: Risks and Concerns. In it, they discuss the large gaps in data relating to the health of humans who could be exposed via inhalation to the pesticide, including farmers, farmworkers, as well as others through the food they eat. Friends of the Earth senior scientist, Dr. Kendra Klein notes in the op ed that “It’s not just insects that may be harmed. While there are gaping holes in the research about potential human health impacts, what we do know raises concerns. Research indicates that naturally occurring RNAi that we consume in our food could regulate genes in our bodies. This suggests that synthetic RNAi could affect our gene expression, causing unforeseen problems.

These RNAi pesticides work by silencing genes on an insect that is required for them to function properly, killing them ‘naturally’ without traditional poisons.  One way in which RNA pesticides could be applied is as a spray on leaves. After the pest eats the leaves, interfering RNA enters the insect’s stomach and silences a gene that is essential for cell division, which means the insect cannot create functioning new cells and will die.

However, this comes with a whole host of other very serious problems. For one, it is notoriously difficult to keep it focused on the gene it was intended for – it often will turn off unintended genes, both in the original species and in other insects that were never intended to be affected. As many insect species are closely related, they will often share similar genomic sequences that can be targeted, as well. For example, a 2017 meta-analysis indicated that existing interfering RNAs developed for other target species could also directly impact gene activity in honeybees, which would directly harm these pollinators.

These chemicals are often purported to be safer than alternatives, as there is no poison involved and RNA is a ‘natural’ chemical that exists in all life. This, however, does not account for how specific the RNA found in our bodies is. RNA is meant to tell our DNA what to produce and alter our gene expression, and introducing foreign, synthetic RNA could do severe genetic harm if it binds to the wrong site. These strands are also being made to be more resilient than traditional RNA strands and take longer to degrade, meaning they cannot simply be judged on the same level as typical RNA.

As such, these RNA pesticides could also cause serious harm to our crops and our own health, as farmers and rural communities would be exposed to them. There has been very little research conducted on the danger of inhaling synthetic, gene-silencing RNA sequences. If it were to disable genes in crops it could also cause unforeseen safety concerns, such as altering levels of toxins or allergens.

Dr. Klein notes, “Not only could RNAi pesticides provide a lucrative new suite of products, companies appear to be using them to extend their ownership over nature in an unprecedented way. Manufacturers are filing patents that claim property rights to the organisms exposed to RNAi pesticides as well as to their progeny.

Current EPA regulations are not equipped to handle pesticides intended to alter the genetic expression of individuals and are totally unprepared to handle the genetic fallout that could occur over generations.

“…specific criteria need to be added to ensure a science-based approach to regulating RNAi pesticides. Risk assessments of this novel technology should include genome analyses of beneficial organisms in the regions where they will be sprayed to see if bees and other critical species could be harmed, assessments of the hereditary impacts across generations of organisms, evaluations of how long the pesticides will remain active in ecosystems, and rigorous toxicity analysis to understand potential impacts on human health… If Biden’s EPA does not take these measures, we will soon embark on an open-air genetic experiment, the consequences of which may be felt for generations to ” states Dr. Klein.

The Biden administration has promised to restore scientific integrity to the federal government. If they are serious, the administration needs to update pesticide regulations to address novel gene-silencing pesticides that threaten pollinators and people.