One of the most important, yet tiresome, aspects of gardening and lawn management is weed control. Who wants to pick weeds when spraying herbicides is quicker and easier? But most products available in stores contain toxic ingredients that harm people, pets, wildlife, and the environment.

Glyphosate, a common ingredient found in chemical herbicides, has been the subject of many lawsuits and has been linked to causing cancer. Contact Organics’ Weed Terminator is a great alternative to chemical herbicides because it is completely non-toxic and it effectively eliminates weeds by interacting with the plant in a more direct way. If you’re environmentally conscious and want and easy and effective solution to weed control, here’s why Weed Terminator is the best choice to make:

Contact Organics’ website contains a page dedicated to explaining the science behind how it works with diagrams and a video explanation for anyone interested, access the scientific documentation. But don’t be intimidated! Even someone who doesn’t have a science background will be able to understand their explanations.

Weed Terminator’s primary ingredient is acetic acid (vinegar), which works by breaking down the outer layer of the plant so that it can no longer retain water. This eventually kills the plant, while simultaneously improving soil conditions and keeps toxins out of our food. Many people have tried using vinegar and found that it is not effective, but what makes Weed Terminator different from other vinegar solutions is that it uses a surfactant that causes the acetic acid to be more effective. 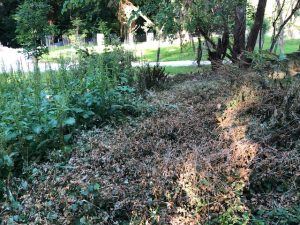 Rather than reliance on toxic chemicals found in most other herbicides, Weed Terminator uses all organic ingredients and still gets the job done. You might think that being all organic would make it a less effective weed killer, but lots of customers have reported positive experiences with the product! You can check out some of the testimonials here.

Kevin Wengernuk, president of KW Landscaping, maintains the highly trafficked State House grounds completely organically, as part of a program initiated by Maryland Pesticide Education Network (MPEN). Wengernuk attests to the effectiveness of Weed Terminator, “We are overly happy with the quick results and the longevity of the residual effects of that product.”

Bonnie Raindrop, MPEN’s program director, used Weed Terminator on a patch of invasive Japanese knotweed. The reason she chose to use Weed Terminator was because cutting Japanese knotweed with a weed eater causes it to emit a noxious odor, so using a spray product was ideal. According to Raindrop, “It was very effective and it stopped new growth for the rest of the summer. I was very happy with the product and would recommend it to anyone to try.” 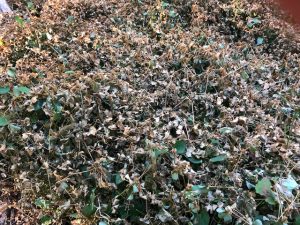 Next day after application

Weed Terminator, considered a bioherbicide, has been proven to be completely biodegradable, and in addition to not harming the soil it actually improves its overall soil health. This is because it contains a mix of acetic acid, ethoxylated alcohols, and other natural oils that work together to boost the nutrients of the soil.

Anyone who is passionate about protecting their family and the environment, and wants to improve soil health should definitely consider giving Weed Terminator a try.